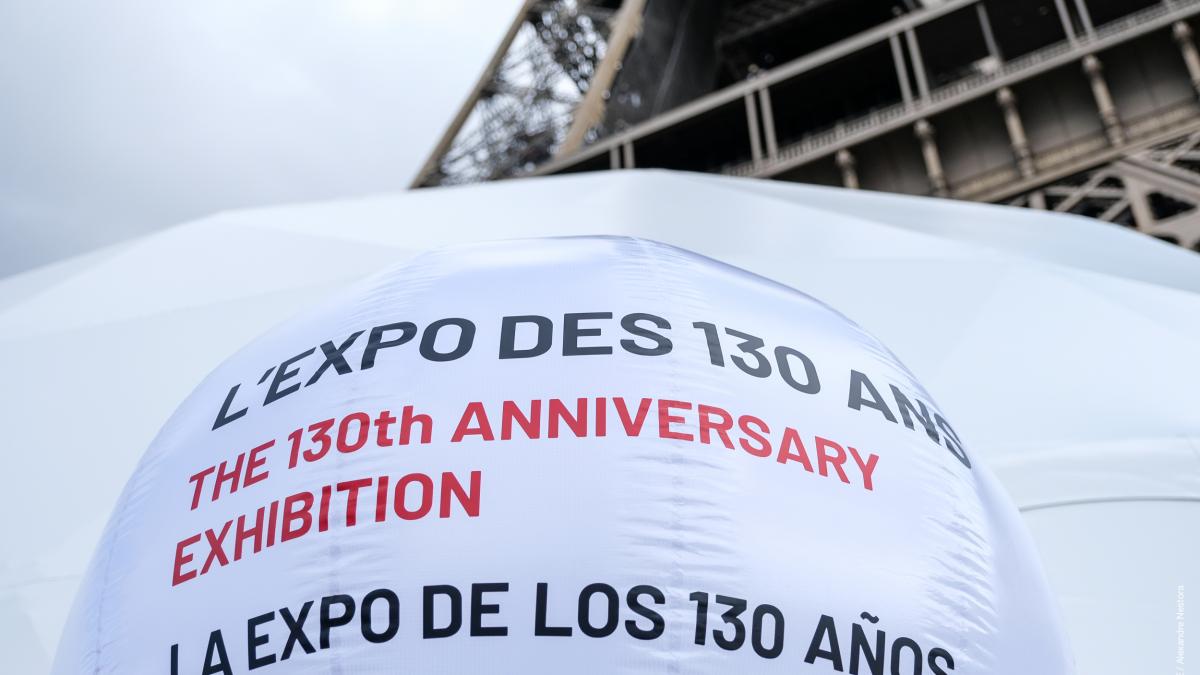 A free, previously unseen and interactive exhibition for the Eiffel tower's 130th anniversary

Our back to school event, the 130th anniversary exhibition is open to the public free of charge from September 28th to November 24th, 2019. Set up under a 300 m² dome on the esplanade in front of the Eiffel Tower, it tells the stories behind the monument's construction in a fun and immersive way. All manner of innovations and experiments are presented in a surprising scenography.

The journey takes visitors through four universes: “Origins of the Tower”, “Conquest of the Skies”, “A Universal Monument” and “The Tower’s Evolution”. It is interspersed with a variety of excerpts from films and diverse experiments diffused on the latest high-tech screens.
The exhibition begins by setting the stage for its construction, when the competition was launched in the Journal Officiel. Some of the most remarkable ideas from among the 107 projects submitted are presented. What would have happened if the Eiffel Tower wasn’t chosen?

On a tactile screen, visitors can play at replacing the Iron Lady with over a dozen other emblematic monuments including the Arc de Triomphe, the Taj Mahal, the Empire State Building, the Burj Khalifa or even the Great Pyramid of Giza…

The second section documents the extraordinary human and collective adventure that was its construction and the different roles and tasks the men accomplished on the building site. It also focuses on the technical characteristics of puddle iron, which is 10 times more resistant than wood and 20 times more solid than rock.

A spectacular work!
Young visitors can advance carefully along a beam overhanging a screen that lies on the floor. They feel like they’re walking out into empty space, just like the workers experienced while building this extraordinary structure!

Resisting wind and sun
By blowing on another screen, visitors can experiment with the Tower’s resistance. This activity helps to understand how the wind has only a slight impact on the monument, unlike the sun. In fact, on a bright, sunshiny day, the Iron Lady can lean up to 18 centimeters!

A universal monument and a symbol of technical prowess, the Tower radiates France’s image around the globe. From special illuminations to spectacular fireworks that light up the monument, we spotlight some of Tower’s most beautiful illuminations.

Among the other issues covered, it would be impossible to talk about the Tower without talking about its paint, which is the essential element for its preservation. In fact, the monument is about to receive its 20th paint job.

Repaint the Tower!
Purple, blue, yellow or green, visitors are free to let their imagination run wild while repainting the Tower with a palette of colors available on a tactile screen.

Its revolutionary height and shape were made possible by a material that is flexible, light, and easy to assemble: beginning with its conception the Tower has always been linked to innovation. 3D concrete, Earth homes… And if Gustave Eiffel were still alive, what new challenges would he tackle? These are some of the ideas visitors are given to ponder in the last section, showing that the Tower also projects itself into the future. 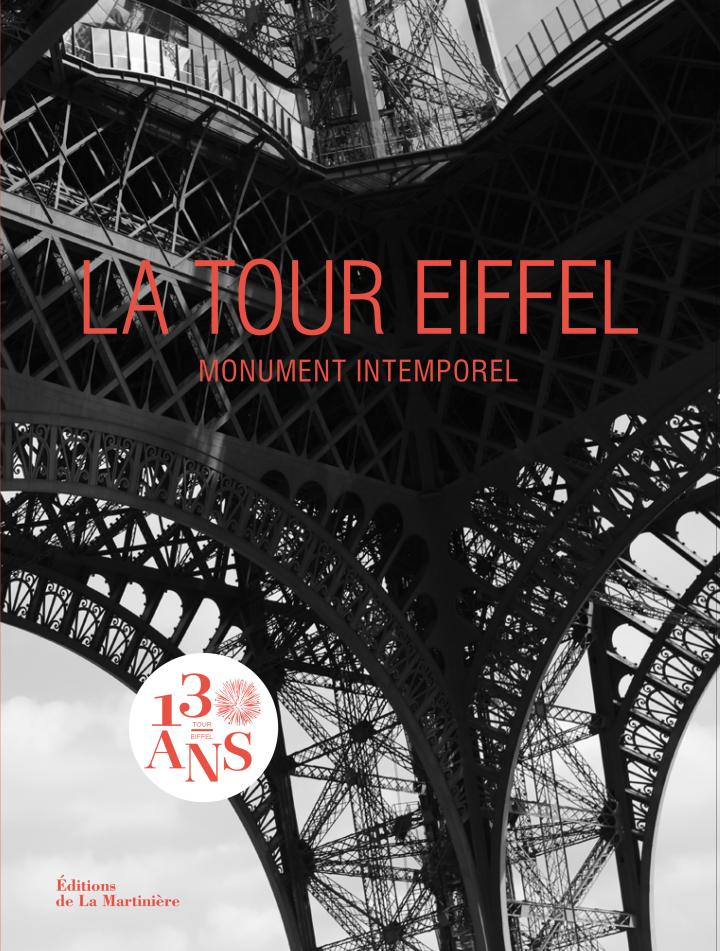 A beautiful publication for the monument’s 130th anniversary
Available in bookstores on October 10th, 2019

On the occasion of the Eiffel Tower’s 130th anniversary, La Martinière is publishing a resolutely modern and richly illustrated book that puts images of yesterday and today side by side to elucidate the Iron Lady’s technical challenges and international influence.

Benjamin Peyrel is a journalist and author. He works extensively for L’Express, where he follows events in the French regions and elaborates full reports on issues including major French cities, heritage, urban and territory planning. He is the author of Altarea-Cogedim from Editions de La Martinière.

Practical information for the 130th Anniversary Exhibition
From 28 September to 24 November 2019
On the esplanade in front of the Eiffel Tower
Hours: 10 AM to 8 PM
The exhibition is free of charge and open to all

The Eiffel Tower is open every day from 9:30am to 11:45pm.
Online purchases can be made from 60 days before a visit and up to 3 hours before.

Audio tours are available on the Eiffel Tower’s WiFi platform as of September 27. Find all the practical information: services, map, stores and food, as well as cultural and historic information. Available in French, English and Spanish.

Waiting times at the security checkpoints and ticket windows are now available on the Eiffel Tower website in real time, under the heading “Planning a smooth visit”.

On November 1st, 2017, The City of Paris entrusted the operation and management of the Eiffel Tower to SETE within the framework of a delegation of public services for 13 years. SETE is a local public company whose capital is 99% owned by the City of Paris and 1% by the Greater Paris Metropolitan Area. Bernard Gaudillère, a Parisian Council Member, chairs its Board of Directors. SETE has a staff of nearly 340 employees, led by Patrick Branco-Ruivo, and generated 99.8 million euros in revenue in 2018.

About the Ile-de-France Caisse d’Epargne

his regional and cooperative bank has been active for more than 200 years and finances all sectors of the economy and all types of stakeholders in Ile-de-France: local administrations, social housing, businesses, institutions, individuals and professionals. The Ile-de-France Caisse d’Epargne regroups a network of 430 agencies and 30 business centers, spread across the Ile-de-France region. It’s made up of 4,900 collaborators and 3 million clients, of which 700,000 are businesses.
Read all our news: https://caisse-epargne-ile-de-france.fr/actualite/