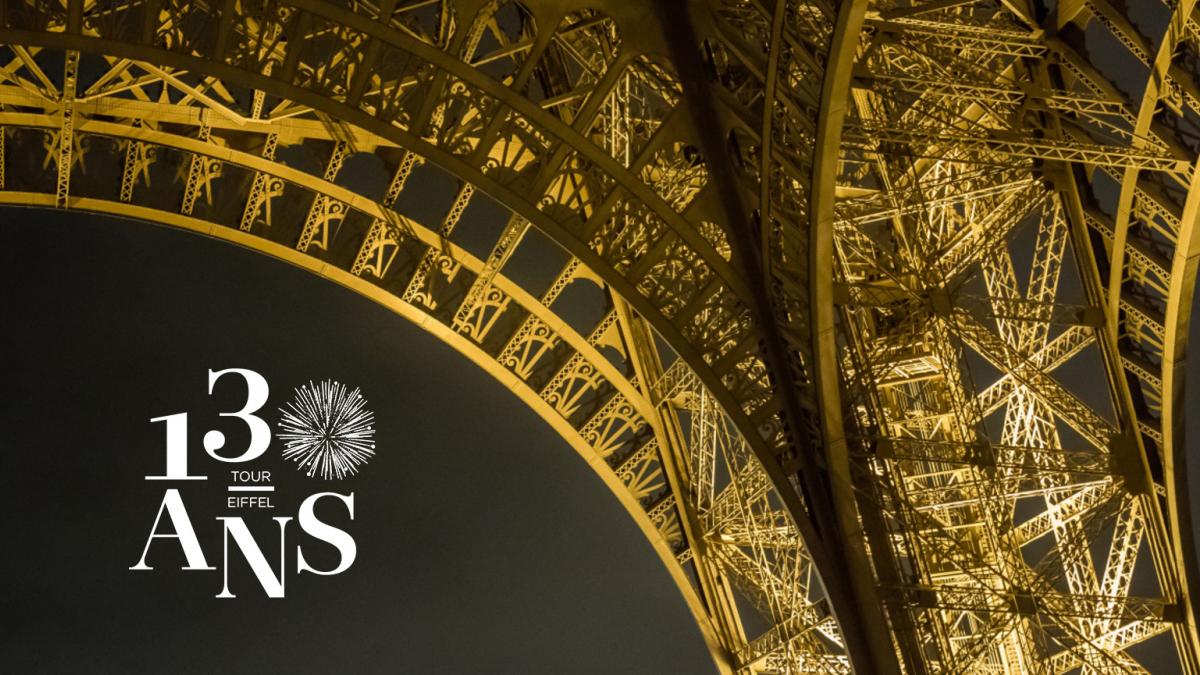 On May 15, 2019, the Eiffel Tower celebrates its anniversary with young Parisians

Only a few days following its inauguration at the Exposition Universelle, the Eiffel Tower opened to the public for the very first time on May 15, 1889. To celebrate this anniversary and thus mark the 2nd important event of this 130th anniversary year, the Eiffel Tower will open its gates to Parisian youth. In the program: A visit from more than 1,300 children from recreation facilities, a concert on the Esplanade, an unprecedented light show, etc.

The Tower’s anniversary celebration for kids

In the afternoon on Wednesday, May 15, 1,300 children from 6-12 years of age and enrolled in recreation facilities around the city are invited to the Eiffel Tower to visit the monument. Their routes to the 1st and 2nd floors will be highlighted with, among other things, stories and anecdotes recounted by the Tower’s hospitality staff.
During their visit to the 1st floor, the children will also be invited to write their most heartfelt anniversary messages to the Tower on a postcard, an activity offered as part of the City’s Paris’écrit initiative.

A new fun and educational tour on the stairway

Young Parisians will discover a preview of the new fun and educational tour located on the SOUTH and EAST stairways and designed by third-year students from the Ecole Professionnelle Supérieure d'Arts Graphiques de la Ville de Paris (EPSAA).
The tour, which starts from the ground floor stairs and extends all the way up to the second floor, develops a theme blending sports and culture. This is all done with a humorous tone and is enhanced with a colorful graphic design.

A two-time award-winning artist at the Victoires de la Musique in 2019, Jeanne Added will give a concert on the Esplanade

From 8:30-9:30 p.m., the Esplanade will host a free concert from French musical artist Jeanne Added, a singer-songwriter who won twice at the 2019 Victoires de la Musique, for “Female Artist” and for “Rock Album of the Year”. Organized in conjunction with the Cercle cultural media outlet, the event will be broadcast live on its new hip‐hop and pop culture-based platform, Drop, as well as on Drop’s and the Eiffel Tower’s Facebook pages.

A highlight for these festivities will be a light show that will adorn the Eiffel Tower on May 15, 16 and 17. Retracing the history of the Tower, from its construction to the present day, the show will feature unprecedented lighting effects: laser projections, stroboscopic and DNA effects, etc. Lasting 12 minutes and shown every hour from 10 p.m. to 1 a.m., the show will be visible to all from the Trocadero.
The work has been staged by installation designer Bruno Seillier, creator of the renowned show Dame de Cœur at Notre Dame, in partnership with EDF

On November 1, 2017, the City of Paris entrusted the operation and management of the Eiffel Tower to SETE for the next 15 years, as part of a delegation of public service for a period of 13 years. SETE is a local public company, of which 99% of the capital is held by the City of Paris and 1% by the Métropole du Grand Paris. Its Board of Directors is chaired by Bernard Gaudillère, Paris Counsellor. SETE, which has around 340 employees and achieved a turnover of 99.8 million euros in 2018, is directed by Patrick Branco Ruivo.

By continuing your navigation, you accept the use of cookies to make statistics of visits to our site. Learn more