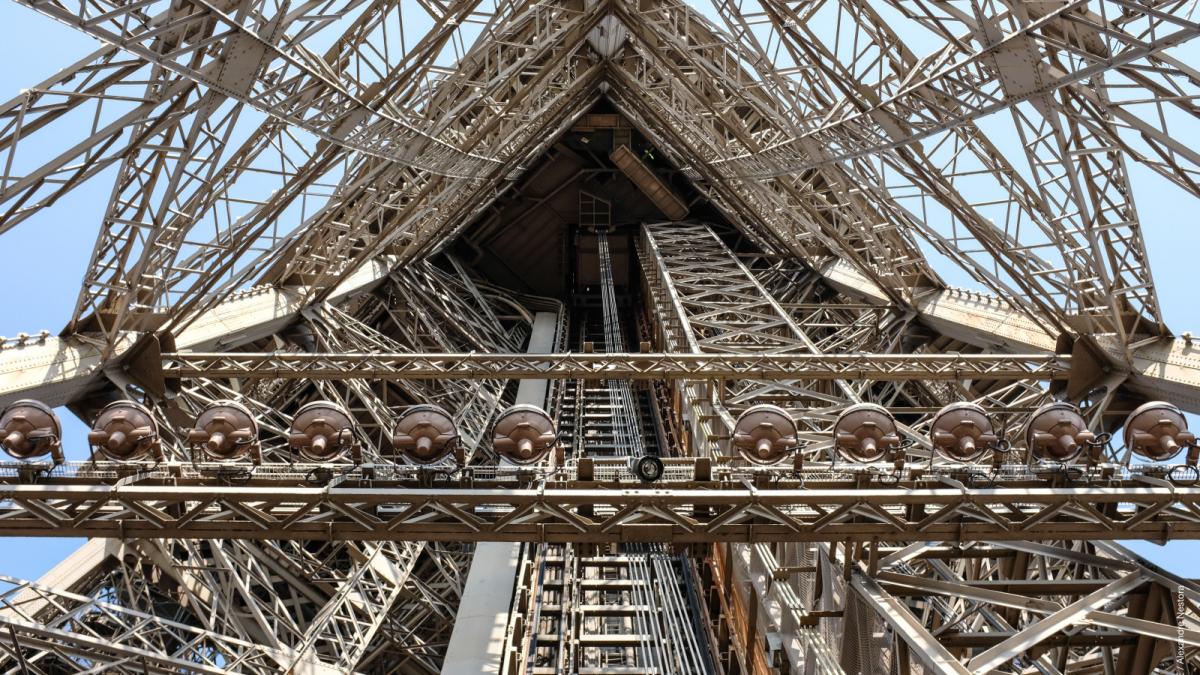 In collaboration with Ateliers de Paris, Société d’Exploitation de la Tour Eiffel (SETE) is awarding three projects for the first edition of the Eiffel Tower design prize. On the occasion of the 130th anniversary of the monument, this competition for creating objects related to this architectural masterpiece reflects the strategy to develop the Eiffel Tower brand, which SETE introduced. The award ceremony took place on September 14 in the Gustave Eiffel lounge, on the 1st floor of the Tower, for the closing of Paris Design Week.

Three prize winners who will make the Tower even more illustrious …

The projects are compatible with the ambition to reflect the prestige of the monument, the heritage it represents, as well as itsinnovative aspect.

The “Fragments” project: From a set of photos of the Eiffel Tower, Lucie Touré extracted a catalog of forms to serve as the basis for creating a motif. She created a set of graphic elements that evoke its metal structure. Her ambition: promote the monument by hinting at it,
by exalting its architectural details; to recognize the Eiffel Tower without revealing its entire silhouette. In doing so, she endows her motif with modernity, in an attempt to make it timeless, like the Tower.

Bio: Lucie Touré holds a degree in Embroidery from ESAA Duperré, and in textile Design and Material from ENSAD. She is an artist in residence at Ateliers de Paris and received support from Fondation Banque Populaire in 2019. Lucie Touré is a textile and paper designer based in Paris. In her workshop, she works with paper, blending in her expertise with textiles. She designs her creations for the luxury sector. “I’m delighted to be one of the award winners of the first edition of the Eiffel Tower Design Prize. It’s an honor to see my creations connected to the Eiffel Tower, which I consider as the most beautiful symbol of the city of Paris.”

2. IN THE “DAILY OBJECT” CATEGORY

The “Eiff’élève” project: a tribute to the past and hope for the future, a discovery and construction game in which children combine the modules of the Eiffel Tower to reproduce or reinvent it. Eiff’élève is an ethical and eco-friendly toy designed in France with PEFC sustainable wood. It is covered with an ecolabel paint and has 11 components, including a base with a cylinder on top, on which the 10 modules are stacked.

Bio: Angélique Pourtaud received her education at the École de design Nantes Atlantique. She is a passionate designer who aspires to create innovative solutions that respond to new social, economic, and ecological challenges, and that convey energy and emotion at the same time. “I am particularly touched to share the values of access to culture, the re-appropriation of French heritage, and creativity with the members of the jury and the organizers of this prize.”

3. IN THE “EXCEPTIONAL OBJECT” CATEGORY

The “La Tour dans la peau” (Inside the Tower) project: iconic and hallmark assembly of the architecture of Gustave Eiffel. The rivet is exalted here and becomes a jewel. The ear takes the place the Tower, and the iron metamorphoses into gold. What could be more “French chic” than wearing these timeless and precious rivets that are as elegant both in front and behind the ears? Under a glass case, a piece of the Eiffel Tower appears to have been placed to wear these jewels. An unforgettable and symbolic souvenir, a piece of Paris forever.

Bio: Marc Venot was born in Paris in 1979 and graduated from ENSCI in 2004. For six years, he worked at a global design agency in Paris. He opened his own design studio in Paris in 2011. He received the Grand Prize for Creation of the City of Paris in 2016, the German Design Award, and the “Star” of the Observeur du Design in 2016 and 2014, as well as first prize in the Emile Hermès competition in 2014. “The Eiffel Tower is the undisputed symbol of Paris. It is thus with immense honor that I receive this prize, and I would be the happiest designer of the world if I play my modest part in contributing to its prestige.”

During the first stage, called the candidacy phase (from April 15 to 22 May 2019), the candidates proposed sustainable objects formalized in an innovative way that could be locally manufactured, easy to transport, and inspired by the universe of the Eiffel Tower.

At the end of this first stage, 12 projects (4 per category) were selected. The jury* then met on September 4 of last year at the Paris City Hall to deliberate and decide on the winners.

These objects will be produced and then sold in the shops of the Eiffel Tower, and potentially at other points of sale at a later stage.

Spotlight on young creation in design, fashion, and applied arts

The Eiffel Tower, the symbol of Paris, is a prime subject for a design competition, as it conjures up so much imagination, emotion, culture, and elegance. The Eiffel Tower Design Prize aims to promote the values of the Tower such as the universality and civic spirit. It also reflects the innovation and modernity that the monument embodies.

About the Sociéte d’Exploitation de la Tour Eiffel
On November 1, 2017, the City of Paris entrusted the operation and management of the Eiffel Tower to SETE under a delegation of public services for a period of 13 years. SETE is a local public company whose capital is 99% owned by the City of Paris and 1% by the Greater Paris Metropolitan Area. Bernard Gaudillère, a Parisian Council Member, chairs its Board of Directors. SETE has a staff of nearly 340 employees, led by Patrick Branco-Ruivo, and generated 99.8 million euros in revenue in 2018.

About Ateliers de Paris
Les Ateliers de Paris is at the core of the action plan of the City of Paris for design, fashion, and the applied arts. Les Ateliers de Paris offers professionals services to develop their business: advice and training for professionals in Île-deFrance, accommodation and support for 2 years for 40 project winners, development and promotion at events at theEiffel Tower and outside of it, support and recognition via a development prize and the Grand Prizes for Creation of the City of Paris, highlighting artisan designers of the Fabriqué à Paris label, international development: cross residencies
and expertise exchange programs, support for professionals to settle in the Parisian area via a real estate tool, support to associations in the same field, following up on the applied arts schools of the City of Paris.