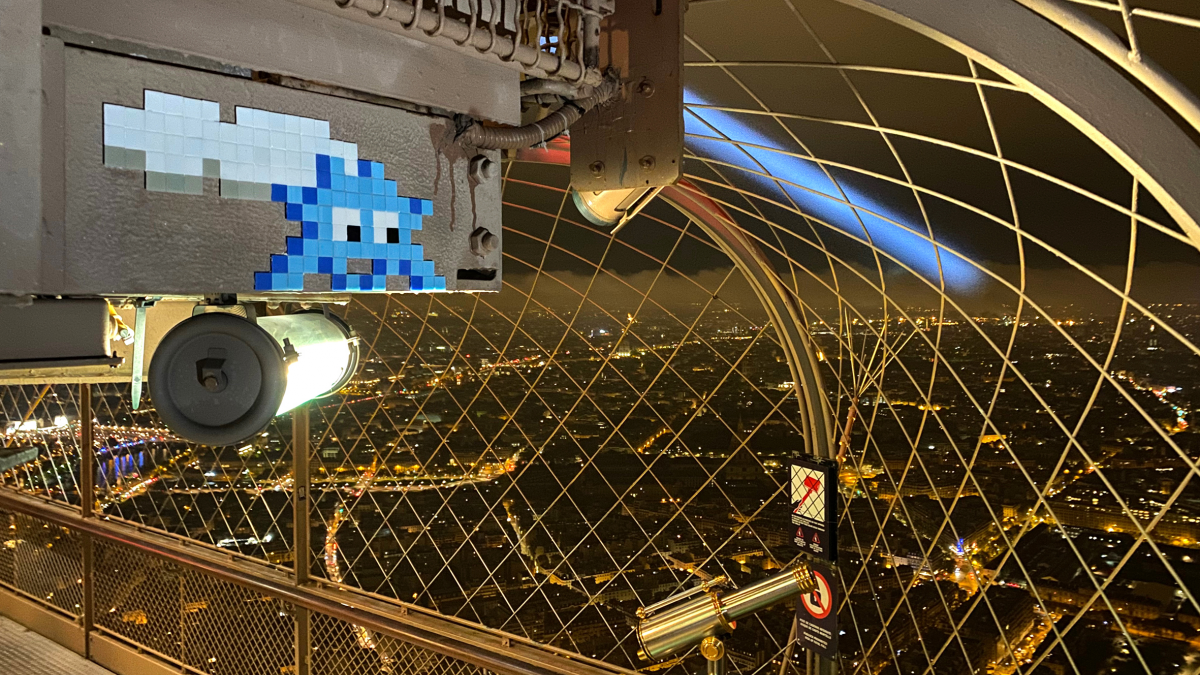 Invasion at the Eiffel Tower!

Invader, the artist known around the world for his mosaic works inspired by video games from the 70s and 80s, is taking over the Eiffel Tower.

Watch out! Since 7th November, the Eiffel Tower has become Invader’s playground. One of his creation has in fact landed on the Tower! This space invader’s code name is PA_1431. He is the 1,431st to land in the French capital.

The Tower is sensitive to the street art movement and has already hosted major works including the giant sphere by the artist, Obey that was suspended between the 1st and 2nd floors during the COP 21 conference in 2015; a 700 square meter fresco painted on the Esplanade by Cleon Peterson for the 2016 White Nights; or the lighting performance by ZEVS in 2018.

About the Société d’Exploitation de la Tour Eiffel (SETE)
On November 1st, 2017, The City of Paris entrusted the operation and management of the Eiffel Tower to SETE within the framework of a delegation of public services for 13 years. SETE is a local public company whose capital is 99% owned by the City of Paris and 1% by the Greater Paris Metropolitan Area. Bernard Gaudillère, a Parisian Council Member, chairs its Board of Directors. SETE has a staff of nearly 340 employees, led by Patrick Branco Ruivo, and generated 99.8 million euros in revenue in 2018.

About Invader
This anonymous and hyperactive artist has tirelessly covered the walls in cities with his works for the last 20 years. Today, close to 3,800 of his creations are spread across 78 cities, but also under the ocean and even in space! In addition to inspiring a modern revival of mosaics by using them to give life to pixels, he created an artistic movement called Rubikcubism, developed a mobile app and edited several publications, always pushing the limits of his invasion a little bit further. His works are regularly displayed in art museums and centers around the globe.
For more info visit: www.space-invaders.com & Instagram: @invaderwashere