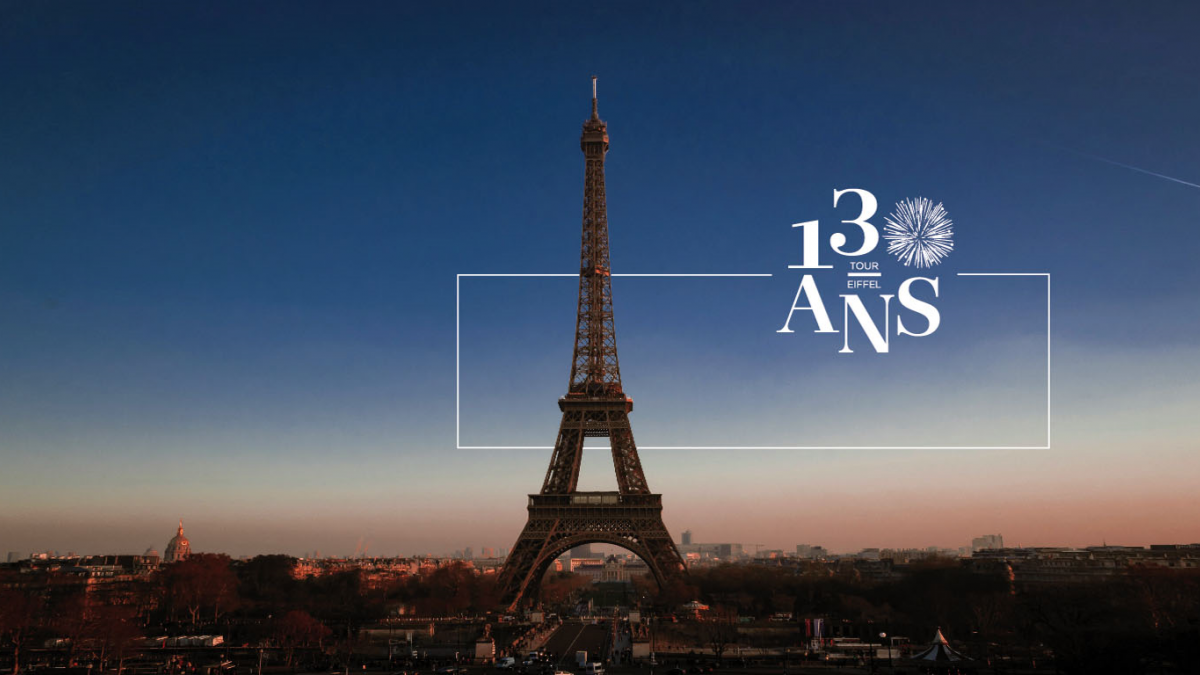 March 30th-31st, 2019: Festive weekend at the Eiffel tower to commemorate its 130th anniversary

The Eiffel tower was inaugurated on March 31, 1889 ahead of the World Expo. During this event, Parisians and visitors will discover this architectural masterpiece which, over the years, has become the symbol of Paris. To celebrate the Tower’s 130th anniversary, an adventure game titled "The Secret Dossier of the Eiffel Tower" is made available to visitors until the end of the year.

“We are happy and proud to celebrate the 130th anniversary of the Tour alongside visitors and all those who admire the monument," says Patrick Branco-Ruivo, Managing Director of the SETE. “We plan to offer activities which will allow visitors to (re)discover the monument and its many facets. A highlight of this festive weekend, the adventure game is also part of our approach to attract young people from Île-de-France and Paris to the Tower.”

The challenge? To unlock the secret of the Eiffel workshops alone or in teams, with family or friends, to find the name of a confidential dossier by deciphering a series of riddles scattered throughout the 1st floor as well as in the Tower’s gardens.
"This form appears repeatedly on the 1st floor of the Tower. Will you be able to find it again and complete the diagram?" or even "No need to exhaust yourself counting the number of steps to climb to reach the 1st floor: All you need to do is have observant feet.” Each mystery will help you learn a little more about the monument and its history. Hint: Flash codes and YouTube links will also provide access to some video clues from your smartphone. The game kit can be freely accessed at the entrance of the Tower pillars. It’s an unmissable experience for lovers of history and secrets, both young and old alike!

Adventure game and music on all floors: The anniversary weekend of the 30th and 31st of March 2019 will be festive!

For its launch on the 30th and 31st of March, the adventure game will be offered to visitors in the form of a scripted route* serving as both a treasure hunt and immersive theatre. Along the way, skits will be performed by actors in period costumes. They will give clues, evoke the life of the Tower in 1889 and animate the visit to the monument.
A party point without music. Visitors will celebrate the anniversary of the Tower all weekend long to the sound of bands and performances — including Centrale Supelec, the school of Gustave Eiffel — throughout the evening between 6pm and 9pm on the three floors of the monument as well as the esplanade.

The men and women of the Tower strike a pose

Meanwhile, a portrait exhibition celebrating the men and women who operate the Tower each day will be on display outdoors on March 30th on the palisades surrounding the North elevator construction site. This series of giant shots, in 2mx2m format, will allow visitors to discover the great diversity of trades and professions at work each day to accommodate more than 6 million visitors from around the world. The exhibit will be ongoing until the end of the year.

And throughout the year...

Other events will be planned all year long. Just to name a few: summer terrace hinting at the 130th anniversary; a dynamic and interactive exhibit retracing the major stages of the Tower’s construction (autumn), etc.

*The route is organized by the theatre troupe of the musical show “La Tour de 300 mètres”, presented at the Mathurins Theatre from March 21-June 29, 2019. The play retraces the history of the construction of the Eiffel Tower through historical and fictional characters. A Compote de Prod production.

Free game for all visitors of the Tower, available from March 30th until the end of 2019.

Duration of the game: about 1.5 hours.

Game booklets will be available in self-service at the entrance to the pillars of the Tower or to be picked up at the Pavillon Ferrié on the 1st floor.

Online purchases can be made 60 days before a visit and up to 3 hours before.

Deals (only available for sales made on site):

Children under 4 years of age may access the Tower free of charge.

On November 1, 2017, the City of Paris entrusted the operation and management of the Eiffel Tower to SETE for the next 15 years, as part of a delegation of public service for a period of 13 years. SETE is a local public company, of which 99% of the capital is held by the City of Paris and 1% by the Métropole du Grand Paris. Its Board of Directors is chaired by Bernard Gaudillère, Paris Counsellor. SETE, which has around 340 employees and achieved a turnover of 99.8 million euros in 2018, is directed by Patrick Branco Ruivo.